Ipswich Termites offer a wide range of domestic pest solutions from Cockroaches & Silverfish, Ant, Spiders, Rodents, and Fleas & Ticks, and many more household pests. We only use environmentally friendly safe chemicals, which are safe for your family and pets providing you with peace of mind and customised solutions to protect your home. We give a Service Warranty on all of our domestic treatments dependent on species. Contact Ipswich Termites today for expert advice from our qualified, experienced and fully insured technicians to protect your home and give you peace of mind. 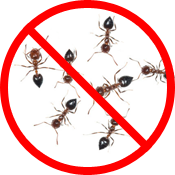 Ants are highly social insects, that is, they form colonies where individuals work together to gather food, rear young and defend the nest.

Colony sizes range from a few individuals to tens of thousands. Each colony is made up of a queen, different-sized workers, soldiers and a number of other types. The most commonly seen ants are workers.

For most people ants only become a problem when they enter buildings in search of food and water or when they build their nests in buildings or gardens.

Some ants will build nests in walls and foundations, indoor potted plants, and small spaces between fittings and walls. In nearly all cases, the ants are using pre-existing spaces or taking advantage of existing deterioration. Ants generally do not cause structural damage to buildings unlike Termites ('White Ants') which are not ants at all.

Some species of ants (Fire ants and Electric ants) can inflict a very painful sting and are a Category 1 restricted pest under the Biosecurity Act 2014. If you suspect that either of these Ant species is present on your property you should contact Biosecurity Queensland on 13 25 23. 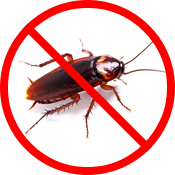 All three are found in houses in towns and cities, although American Cockroaches are more common in compost heaps, sewers and industrial areas. All are active at night; feeding on food scraps, book bindings etc. They lay seedlike, brown egg capsules in concealed situations, such as crevices and among folds of fabric.

American Cockroach: Large, length about 40 mm, reddish-brown with an indistinct brown pattern on the thorax and no yellow edges on the fore wings.

Australian Cockroach: Large, length about 40 mm, reddish-brown. The thorax is yellowish with dark brown edges and a central patch, and the forewings have yellowish edges at their bases. Despite its name, this species is introduced, possibly from Asia. 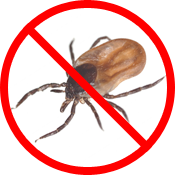 Fleas and Ticks are pests which mainly infest household pets and can cause severe irritation to these animals.

Fleas are a type of wingless parasite that feeds off the blood of humans and animals such as dogs and cats. Fleas have flattened bodies which enable them to move through their host's fur and strong claws which prevent them from being easily dislodged. Fleas are a minor concern for humans but it is not uncommon to find a pet's bedding is harbouring a flea infestation.

Ticks attach themselves by piercing skin with sharp mouthparts. It then injects an anticoagulant (a substance that prevents blood from forming clots) saliva which allows it to feed without the blood clotting. In the case of the Paralysis Tick, the saliva may be highly toxic causing death to some animals and, potentially, humans.

Most tick bites pose no medical problems apart from some localised swelling and redness at the bite site if the tick is removed promptly. However, in some cases people can experience more severe conditions such as tick paralysis or allergic reactions including anaphylactic shock.

A persistent infestation may need to be treated by a qualified Ipswich Termites pest control operator. 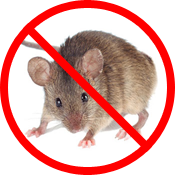 Mice are small furry animals which generally create a nest for themselves in a warm and dry area. Houses provide a perfect environment for modern mice as there are many places for them to live quite comfortably and food is in abundance. Mice are quite inquisitive and will venture throughout a building looking for sources of food.

Because of their size Mice can enter a building via very small openings and are content to live in wall cavities, ceilings, under floors, behind bathtubs and cupboards - in fact anywhere that is warm and dry and hidden from view. Under fridges, stoves and washing machines are some examples of common mouse nest locations in houses.

Rats are much larger than Mice but they also have adapted to the built environment and build their nests in undisturbed sheltered areas of homes - outhouses, garages, wall and roof voids etc, preferably with access to food and water. Rats eat human and pet foods and generally carry fleas which can help to spread various human diseases.

Rats are quite suspicious and will avoid freshly placed traps and baits. 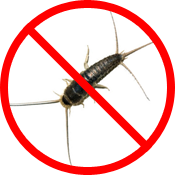 Silverfish are wingless insects about 10 -20mm long that live in dark spaces in homes. Silverfish move very quickly and when disturbed they will run and hide. They prefer to eat items with a high starch content such as cotton, silk, paper, starch in book bindings and some synthetic fabrics. In particular they seem to like the surface coating on old photographs.

Silverfish are considered a household pest, due to their consumption and destruction of property. Although they are responsible for the contamination of food and other types of damage, they do not transmit disease. 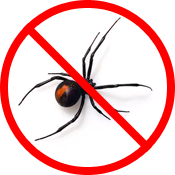 Australia is home to more than 3000 different types of Spiders most of which are totally harmless to humans. Only 2 Australian spiders, the Redback and the Funnel-web, pose a threat to human life. The female Redback (only the female bites) is about 1 cm long while the Funnel-web is much larger at 5 cm and both are black in colour. A bite from either of these spiders needs immediate medical treatment. Two other common spiders that are known to bite are the Black House Spider and the White Tail Spider

Black House Spiders are timid animals and bites from them are infrequent. The bite may be quite painful and cause local swelling which a cold pack should relieve.

Redback spiders are very common in the Brisbane area and are identified by the red stripe on their back. They favour proximity to human habitation, with webs being built in dry, sheltered sites, such as among rocks, in logs, shrubs, junk-piles, sheds, or outdoor toilets.

Funnel-webs burrow in moist, cool, sheltered habitats - under rocks, in and under rotting logs, crevices, rot and borer holes in rough-barked trees. They are not very common in the Brisbane area.

Spiders feed mainly on insects so they help to reduce the insect population but their webs are unsightly and sticky and annoying so they are not welcome in most homes.

Ipswich Termites are the right people for the job!

Contact Ipswich Termites today for expert advice from our qualified, experienced and fully insured technicians to protect your home and give you peace of mind.

If you suspect there may be termites in your home or you live in an area where there are a lot of termites then Ipswich Termites can perform a Termite Inspection Report and provide recommendations and options to manage Termites.

If you have found termites in your premises Ipswich Termites recommend a professional termite baiting program be performed for a period of up to two months prior to a chemical soil barrier being installed.

If termite activity is found, an above ground baiting system can be used. Termite bait stations installed by Ipswich Termites are placed close to termite activity and the termites consume the bait and take it back to the nest, therefore infecting and eliminating the colony.

And Termites everywhere in between!